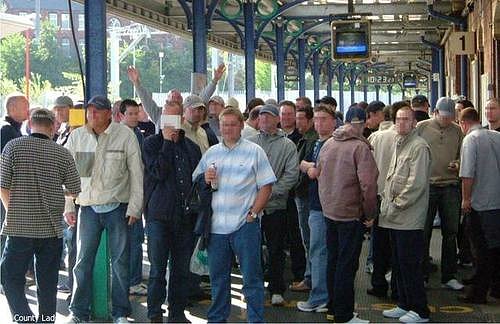 With a name like the Headhunters you know this gang of thugs mean business. Linked to famous London club Chelsea, these mean geezers are notorious for their racism, with links to far right groups like the National Front and the paramilitary Combat 18. In 1999 the Headhunters were infiltrated by an undercover BBC reporter who posed as a wannabe member but got the wrong lion tattoo – a risky mistake that raised eyebrows among the hardcore. Former firm dieharder Kevin Whitton was sentenced to life imprisonment in 1985 after an attack seen as one of England’s worst incidents of football hooliganism. After Chelsea had lost, Whitton and others stormed a pub chanting: “War, war, war.” When they left minutes later the American bar manager lay close to death, with one of the hooligans shouting: “You bloody Americans. Coming here taking our jobs.” Nuff said.