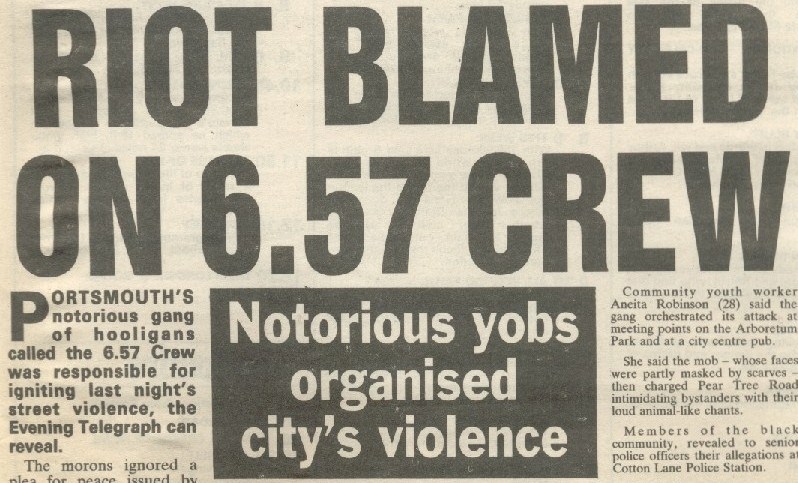 Linked with Portsmouth F.C., and named after the 6.57am train they would take to London’s Waterloo Station on a Saturday, the 6.57 Crew were one of the major firms during the 1980s, causing mayhem across the country. Spoiling for fights has remained high on the agenda for this squad of south coast louts. In 2001, they fought with Coventry City fans at an away game, ripping up seats and throwing missiles at their rivals. In 2004, 93 were arrested – including a 10-year-old boy who became the UK’s youngest-ever convicted football hooligan – for their part in mass riots before and after a match against rivals Southampton, where police were attacked and shops looted. Over one hundred Portsmouth hooligans were banned from traveling to the 2006 World Cup in Germany because of convictions for football-related crime. Firm but far from friendly.