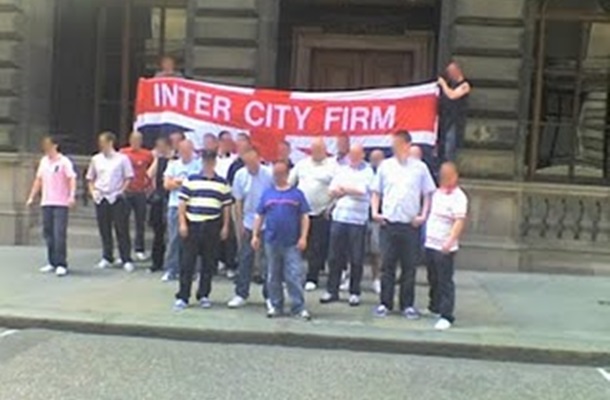 A gang of hooligans mainly active from the 1970s to the 1990s, the feared Inter City Firm was tied to well known London club West Ham United. Named after the trains they traveled on for away matches, the Inter City Firm became identified by their habit of leaving a card on the prone bodies of those they attacked, reading: “Congratulations, you’ve just met the ICF.” Despite such practices, Cass Pennant, a black Londoner and former general of the Inter City Firm, maintains that, unlike many other groups of its kind, the ICF was neither racist nor neo-Nazi. Still, nice folks they most certainly were not. Numerous instances of their extreme violent behavior have been documented, often against rival London firms such as Millwall’s Bushwackers, with tear ups and attacks on pubs being the disorder of the day. Vicious thugs not to be crossed by anyone unless they happen to like hospitals.