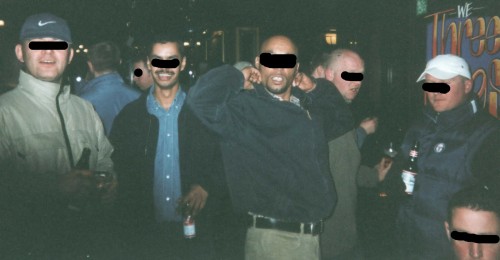 The other notorious Birmingham based firm, the Aston Villa Hardcore are affiliated with the club otherwise known as The Villains. Although, like other firms, they have found themselves marginalized today, the Hardcore have a fierce reputation built on a foundation of causing major carnage. The “Battle of Rocky Lane” in 2002 witnessed some serious disorder in the Aston area after a match between Villa and Birmingham City which led to 15 arrests. Then in 2005, firm member, Steven Fowler, who had already been jailed for six months in the 2002 fight, was sent down for a further twelve for his part in organized bit of aggro between the Villa Hardcore and Chelsea’s Headhunters at London’s King’s Cross in 2004. Also in 2004, several Villa firms were involved in a running battle with QPR fans outside Villa Park in which a steward died. Dangerous to know; even more dangerous to cross.