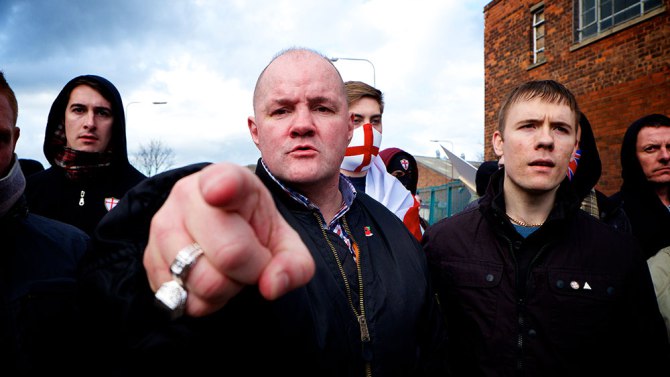 The Long awaited trailer for ID2 Shadwell army has finally dropped which you can view below.

A young British Asian, Mo is a fast-rising police officer who goes undercover infiltrating Shadwell’s resurgent hooligan element, who are fired-up by Shadwell’s takeover by a Russian oligarch and their unlikely adventure into European competition. Mo quickly becomes embroiled in the local schism between the BNP and EDL, and plans to build a new mosque in the shadow of the Shadwell ground create an explosive enviroment in which football and political violence form a perfect storm of social unrest. In the midst of this, Mo is faced with the essential existential question of who he really is, and where he really belongs.

“What’s this got to do with football?” It was never to do with football.
Where gangs of men stray, bonded by tribal loyalty, expressing
themselves in rage, it’s to do with who you are – who you want to be, and
who you really are, your sense of your own self in conflict with the
animal in your psyche which will not be tamed or civilised. It’s a
universal story, told in different ways over thousands of years, it
confronts us with who we really are, and it makes us mad.

A new mosque is being built in the middle of a run-down East London
estate, giving rise to local tensions and opportunities to those who wish to
exploit the conflicts politically. It is being built next to the decrepit
football ground of Shadwell Town FC, a traditional community club who
have been taken over by a Russian oligarch who is using it as a money
laundering enterprise, liquidising assets in the form of highly valued
international players, and in doing so pricing many local fans out of the
ground.