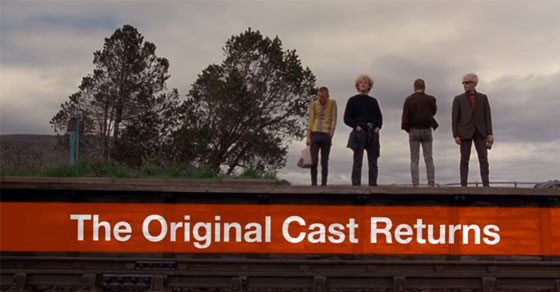 With this teaser trailer, Sony have announced that Danny Boyle’s much-anticipated sequel – Trainspotting 2 – starts today, and that we’ve got just over eight months to wait until we get to see it.

As well as revealing the release date to be the 27th January, 2017, this teaser seems to confirm that the official title of the film will be T2.

While there’s no new footage (since they haven’t started filming yet), their decision to edit together some of the most iconic scenes from the first film is definitely an effective way to get us pumped up!