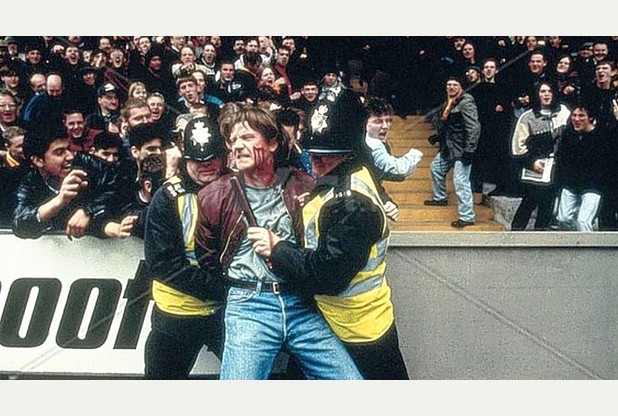 A sequel to the 1995 hit I.D is in production, earmarked as I.D 2: Shadwell Army

A young British Asian, Mo is a fast-rising police officer who goes undercover infiltrating Shadwell’s resurgent hooligan element, who are fired-up by Shadwell’s takeover by a Russian oligarch and their unlikely adventure into European competition. Mo quickly becomes embroiled in the local schism between the BNP and EDL, and plans to build a new mosque in the shadow of the Shadwell ground create an explosive enviroment in which football and political violence form a perfect storm of social unrest. In the midst of this, Mo is faced with the essential existential question of who he really is, and where he really belongs.

“What’s this got to do with football?” It was never to do with football.
Where gangs of men stray, bonded by tribal loyalty, expressing
themselves in rage, it’s to do with who you are – who you want to be, and
who you really are, your sense of your own self in conflict with the
animal in your psyche which will not be tamed or civilised. It’s a
universal story, told in different ways over thousands of years, it
confronts us with who we really are, and it makes us mad.

A new mosque is being built in the middle of a run-down East London
estate, giving rise to local tensions and opportunities to those who wish to
exploit the conflicts politically. It is being built next to the decrepit
football ground of Shadwell Town FC, a traditional community club who
have been taken over by a Russian oligarch who is using it as a money
laundering enterprise, liquidising assets in the form of highly valued
international players, and in doing so pricing many local fans out of the
ground.
Into this explosive atmosphere is placed DC MOHAMMED ANWARI, a
young and ambitious British Asian undercover cop, who is given the
improbable task of shadowing the Shadwell football gang on their
unexpected European adventures in the Europa cup. Tutored by previous
undercover hero John (from the original ID), and equipped with all the
skills and savvy it takes for an “ethnic” to make his way in the
metropolitan police, Mo makes fast and effective work being accepted by
his targets.

But Mo is almost too good at his job, as he gets himself close to local top
boy Vinny, who has activity and friends that take him away from the
terraces and into the febrile territory of extreme right wing politics. Mo’s
persistence forces Vinny to reveal himself as a special forces agent, he is
deep undercover with his wife Lynne, and doesn’t take too kindly to this
over-reaching copper, who is warned very firmly off Vinny’s turf (and
away from Lynne, with whom Mo has a fast burning passion).
After events get out of hand on an awayday to Amsterdam (Vinny is
arrested and thrown in a police cell with far right Dutch activists) Mo
finds himself dangerously adopted as a mascot for the local English
Defence League.

Mo’s in too deep, and Vinny can’t (or won’t) protect
him, and each step he takes to prove himself takes him closer to the point
of self-confrontation when he is used as bait to walk a powerful explosive
device into the heart of the community he grew up in.

“What’s this got to do with football?” It was never to do with football.
ID2 – Shadwell Army is about the integration and disintegration of
national identity, prismed in the fractured personality of a second
generation immigrant whose loyalty, love and allegiance are all up for
grabs. It’s about a community trying to hold itself together, faced with
shiny corporatism on the one hand and the ravages of recession on the
other. Its about what binds us, and what tears us apart.