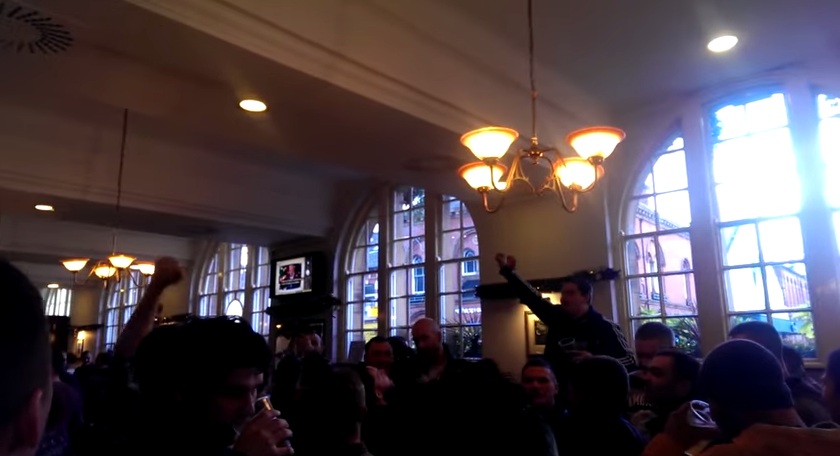 A popular pub in Blackburn was forced to close on Saturday afternoon after being trashed by Leeds United fans.

Andrew Ibbotson, manager of The Postal Order, said the pub was full to capacity in the hours before Saturday’s Championship clash with Blackburn Rovers at Ewood Park when about 30 away fans started causing trouble.

He said: “They started standing on tables and throwing furniture around. They pulled a light fitting and a mirror down and destroyed a Christmas tree.
“We told the police we were shutting the pub so they got cleared out pretty quickly at about 1.45pm. You don’t mind singing and chanting but it got out of hand. It was a minority that ruined it for everyone else.”
About 6,000 Leeds fans had travelled to the match, which Rovers won 2-1, and Lancashire Constabulary flooded the town with officers in a bid to minimise any trouble.

The force ‘advised’ fans not to linger in the town centre but the message did not get through to dozens of Yorkshiremen, who headed for the Wetherspoons-run pub in Darwen Street.
Many fans appear to have organised to meet there on social networking websites before the match.
The pub was reopened by the time the game kicked off at 3pm and did not let the fans back in when they tried to return after 5pm.

Duty inspector Des Barr said: “We’ve had officers on hand throughout the afternoon to make sure Leeds fans weren’t in any Blackburn pubs. There were a couple of infiltrations but it went quite successfully.”
One Leeds fan, from Keighley, was arrested on suspicion of assault, he said.

Scroll down for videos