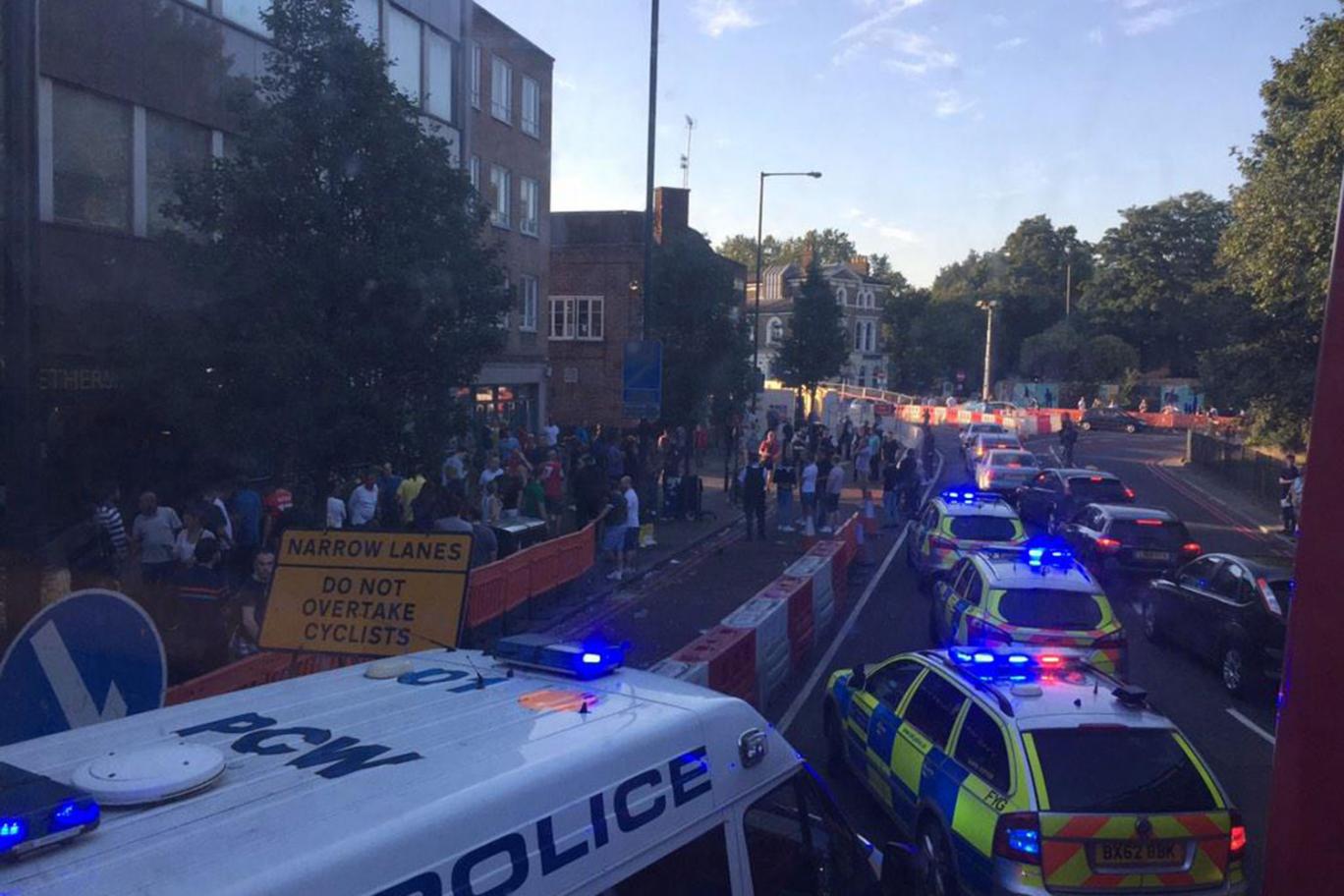 Footage has emerged of football fans pelting each other with chairs and pint glasses as violent clashes erupted after the Premier League match between Arsenal and West Ham on Sunday.

The trouble reportedly flared when a group of fans attempted to storm the White Swan pub in Upper Street, close to Highbury Corner, following West Ham’s shock 2-0 victory over the Gunners.

Witnesses said chairs and stools were hurled from within the pub, part of the J D Wetherspoon group, into a crowd standing in the street.